As spring progresses forward, the crappies are wrapping up their ritual, and coming right in behind them is the bluegill. The bluegill, inch for inch in size, is one of the hardest fighting freshwater fish with their side digging and unwillingness to give up.

The sandy shorelines are starting to show the round disk-shaped depressions where these fish are preparing to spawn. There may be areas that look like a land mine field went off with so many of these beds visible in the very shallow water.

If you want to catch some of these bigger gills, fish in water that is a little deeper than the shoreline, out to the 4-6 foot range. We find that the smaller fish are in the shallower water and by going out deeper past these fish, the larger-sized breeders are out there, not as visible as the others, but they still have those colonies of numbers of beds.

Utilizing the Impulse Water Flea underneath a Lite-Bite Slip Bobber, allows you to cover vast amounts of water. The Mooska Jig is made from heavy-weight tungsten, which allows the bait to quickly get back down to where the fish are actively feeding.

With the gills in this phase of the season, after making a cast out, you don’t have to leave the float to sit still very long. Either slowly reeling the line back, or moving the float a foot or two at a time, will keep your presentation moving and in front of the actively feeding fish while covering water and locating them as well. 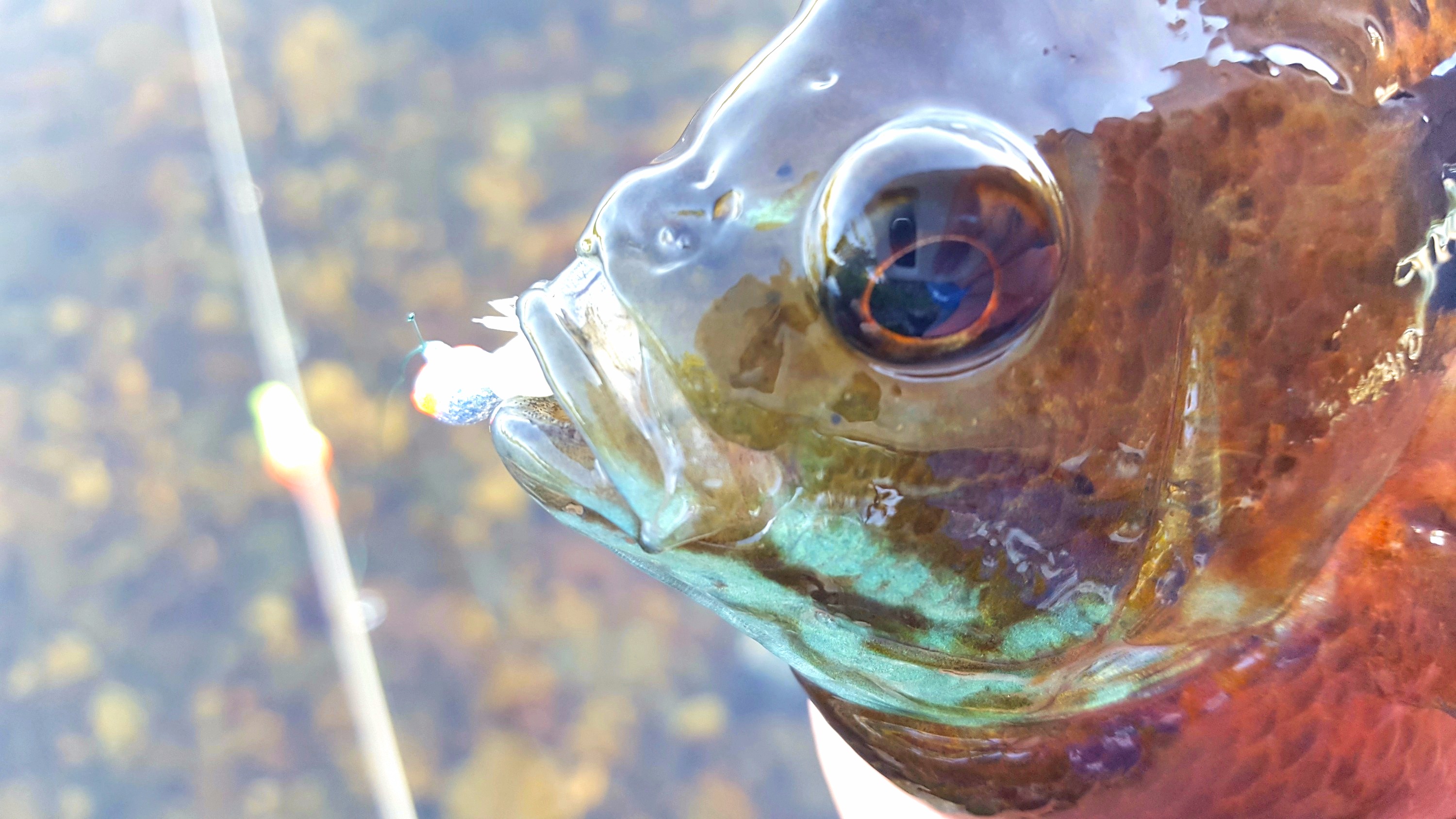 After catching a number of fish from an area, they may get hook shy, so either changing the color of the jig or plastic trailer will get them biting again. Otherwise, make a move looking for another pod of these fish and start enjoying some of these hard-fighting fish once again.

Many different areas of the lake will have these fish grouped up and also, different areas will have them coming in to spawn at different times, extending your catching time. Get out there and enjoy this type of fishing and bring along a CHILD, there is no better opportunity at getting them hooked on fishing than right now during the spawn and also teaching them about releasing these breeders back into the water.