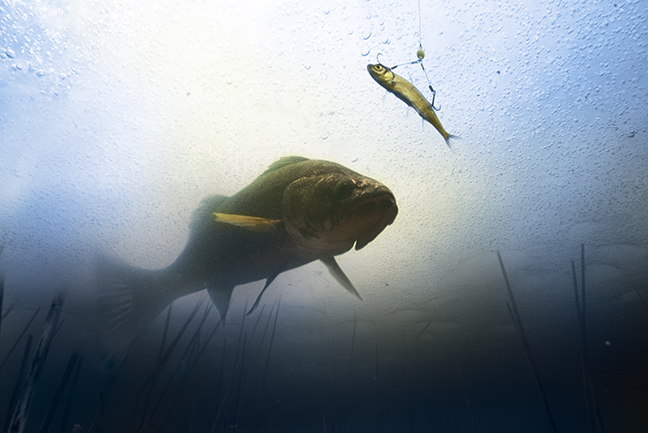 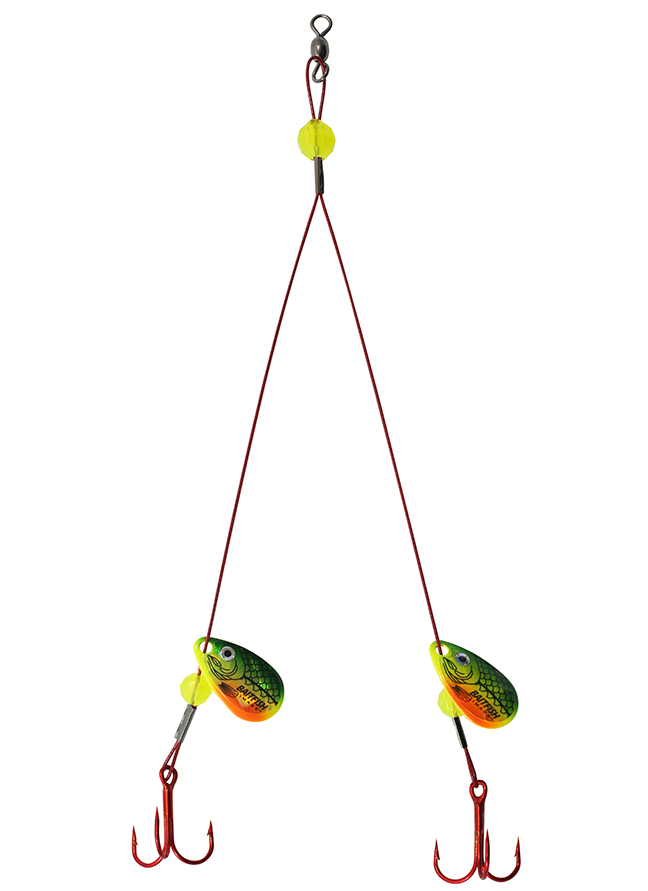 Single Wire Predator Rigs are constructed from Blood Red, 36-pound-test Stainless Steel Leader to withstand the sharp, slicing teeth of big pike and muskies. Each has a 90-pound-test, #5 Crane Swivel and heavy-duty leader sleeves to withstand shock and abuse, and faceted red beads for added attraction. They’re ideal for fishing large live or dead baits, suspended beneath either a tip-up or a float. Just nip your minnow lightly below the dorsal fin with one tine of the razor-sharp treble hook, and you’re all set. 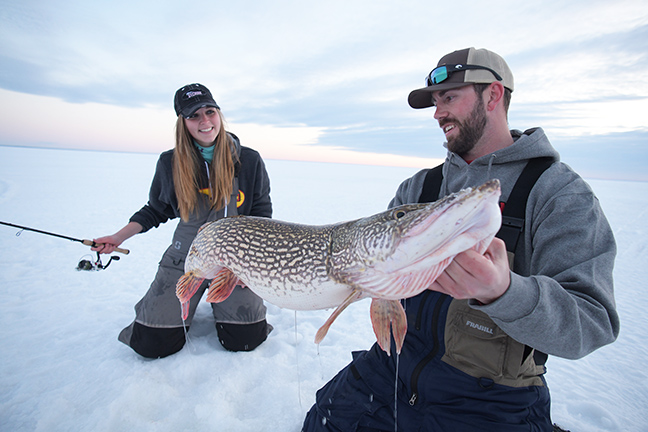 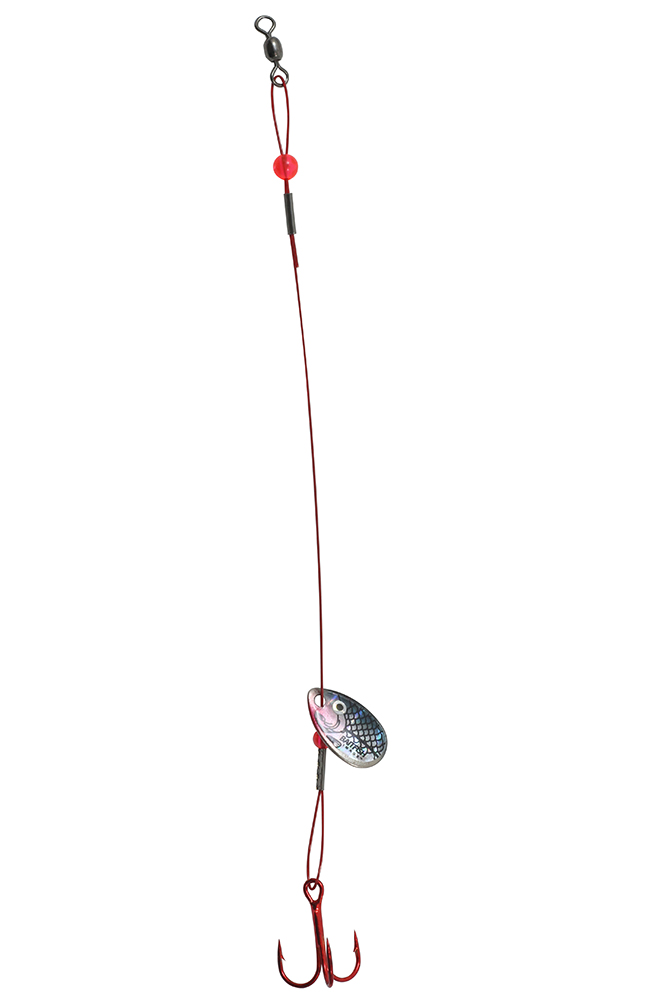 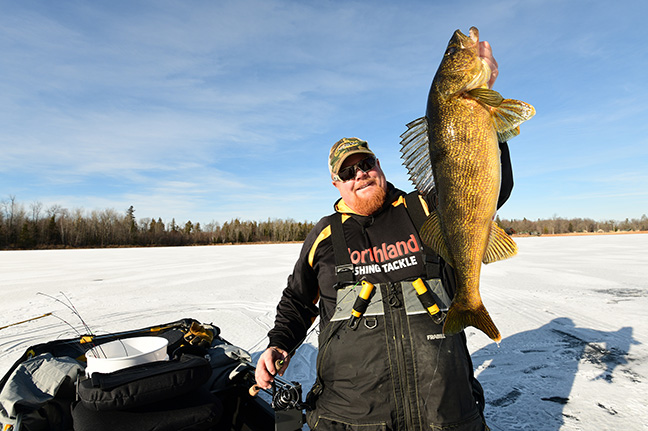 Northland pro staffer Brian “Bro” Brosdahl is a big fan of Predator Rigs for his big fish forays. “Predator Rigs are a smart idea for people who are tired of missing fish. A Quick Strike Predator Rig or Mini Predator Rig is a two-hook system that branches out so you can put a treble hook in the tail and a treble hook in the nose of the minnow. So, whether it’s a pike or a big walleye, when you go over to a deadstick or a tip-up you can immediately set the hook. The nice thing about setting the hook right away is you don’t have to worry about the hook being swallowed, especially if you’re on a slot lake where medium walleyes have to be released.” 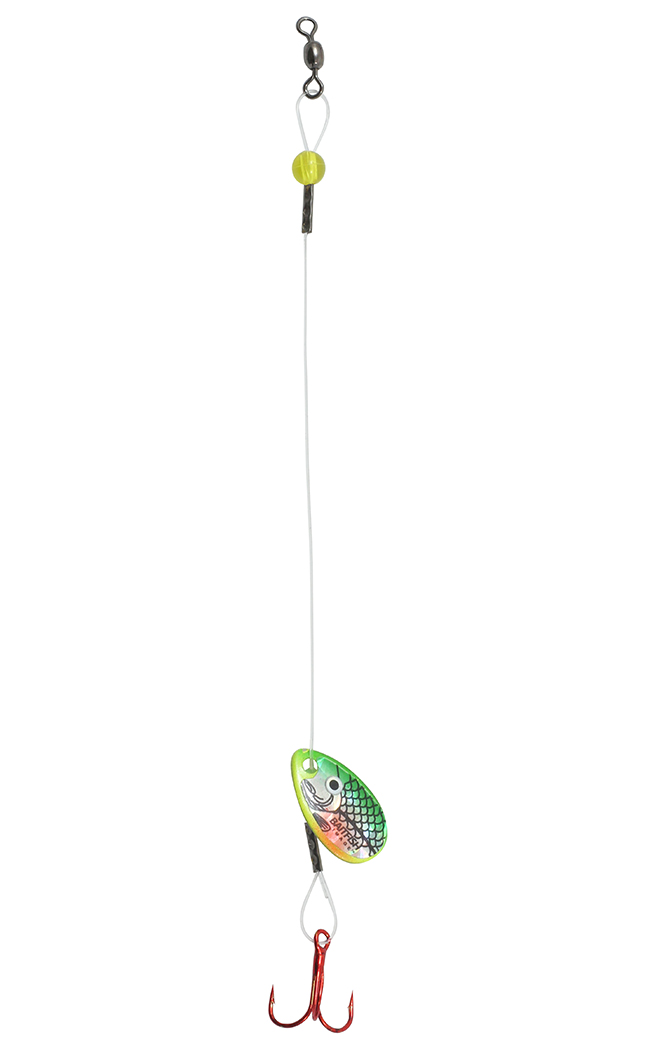 Like it’s big brother, the Mini Predator Rig is insurance for proper hooksets in the world of tip-ups, deadsticks and rattle reels but, designed in a more diminutive format for all species of neutral or fussy fish, including monster panfish. 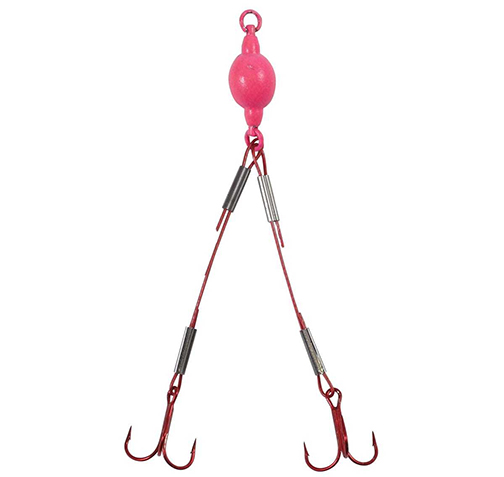 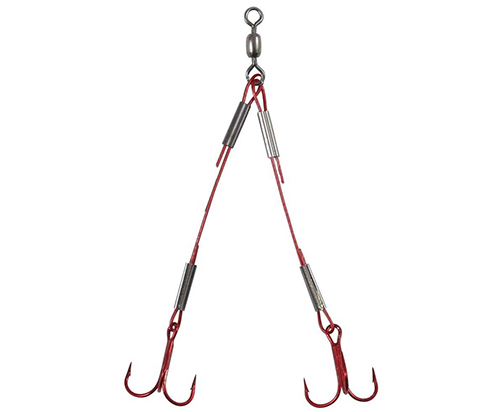