Beat the Heat on the Troll BEMIDJI, Minn. (August 9, 2022) – When it comes to catching walleyes, late summer can be tough, especially during the heat of August. Just a little bit early for the fall feedbag bite, walleyes can prove tough to boat. Sure, you can catch a few ‘eyes live bait rigging, slip bobbering, and using other finesse approaches, but to consistently put numbers of delicious marble eyes in the livewell, you’ve got to cover water. Lots of it.

The best way to do that? Trolling crankbaits, which means anything from exploring weededges to flats to open basin areas where ‘eyes are grouped, suspended, and feeding on clouds of baitfish. But no matter where you find them, the new Northland Rumble Series offers a solution.

We talked with Northland pros and masters-of-the-troll Brian “Bro” Brosdahl and Jason Mitchell for tips on catching dog days walleyes. The beans they spilled should prove invaluable to your late-summer walleye program... Former longtime guide and host of JMO Outdoors, Jason Mitchell has been pulling cranks extensively over the past couple of weeks and doesn’t see an end in sight. The Dakotas have experienced high waters this year, which has pushed the fish shallow, perfect for trolling shorelines, a technique typically reserved for earlier in the summer walleye season.

In particular, North Dakota’s Lake Sakakawea is up some ten feet which has pushed walleyes into bays and cuts in the lake.

“What’s been dynamite is trolling Northland Rumble Bugs with minimal line out behind the boat in waters as skinny as four to seven feet. You get back up in the bays and find walleyes relating to flooded vegetation, wood, and old shorelines. There’s a lot of young-of-year white bass, drum, and even carp. The minnows and bait are in the bays, so my program is pulling the Rumble Bug shallow,” notes Mitchell.

Trolling in such shallow water, Mitchell doesn’t have to long-line very far. Sometimes, he has the bait out a mere 15 feet behind the prop wash. “You have such little line out that a seven- or eight-pound walleye will shake on the surface of the water right behind the boat.”

Conversely, on Devils Lake the walleyes have moved deep—and there’s been an algae bloom, so the fish have moved out to the deeper-than-average weeds.

“Again, I’ve been pulling the Rumble Bug a lot—and I don’t want to sound like a broken record—but the bait just flat-out catches fish. For the depths on Devils, I’ve been using leadcore, typically running anything from 90 to 130 feet of line out, depending on the depth of the fish. I’ve been running that 18- to 30-foot contour. Some days the walleyes are deeper, some days they’re shallower. I’m usually looking for rocks and clouds of baitfish to pull over and through. But rock and gravel transition areas are really what’s been holding fish lately,” remarks Mitchell.

Mitchell professes he’s not much of a “color guy,” and insists that the Rumble Bug profile and wobble is more the deal. However, he has done especially well on a few specific Rumble Bug colors, including Wonderbread and Lemon Tiger. “The Rumble Bug’s profile matches the size of young-of-the-year white bass, so I gravitate toward the colors with some white in them. The Rumble Bug has a tight wobble, sends off vibrations to the lateral lines of fish, and tracks perfectly on-the-troll,” notes Mitchell. While better known for his jig designs and proficiency with live bait tactics, veteran guide and Northland pro, Brian “Bro” Brosdahl, does know a thing or two about trolling crankbaits for walleyes.

“Trolling cranks allows you to cover a lot of water fast. It’s as simple as that,” says Bro. “No matter the season, they just produce—and late summer is no exception. The thing is, crankbaits draw reaction strikes, something you don’t get rigging or slip-bobbering. That’s finesse. Trolling cranks—either on a flat-line or lead core—is a power game that often produces more and bigger fish.”

In terms of location, Bro says that sometimes in the late-summer ‘eyes will congregate on the tops of flats from morning through the day, but especially at night.

“There’s a special place in my heart for night trolling crankbaits. I’ve had a lot of success over the past couple decades pulling balsa over flats on long-lines. But make sure the lights on your boat work and you’ve got a headlamp. Other than that, it can be as simple as locating those expansive flats in six to 15 feet of water and throwing a Rumble Bug or Rumble Shiner behind the boat. Then it’s hang on for hard, reaction bites, which are made even more intense under the shroud of darkness,” notes Bro.

Bro says not to ignore basins, either. “It’s a good idea to own at least one rod with a line-counter reel and leadcore for this kind of fishing. I’ll target basins in the 20s and even 30-feet-plus areas on the main lake with leadcore and a Rumble Shiner The action of the Rumble Shiner is straight, tight, and makes a lot of sound in the water drawing fish in from afar,” says Bro.

Bro insists that anglers should spend more time experimenting with crankbait colors when the action slows. “Walleyes key in on color a lot more than you’d think,” notes Bro. “There have been times in the boat with guide clients where we have four lines out and only one gets bit consistently, even though the profile and action, depth curve, etc. is the same. That’s when we all switch out to that color. While I like to start with perch and other match-the-hatch colors, seems like we’re catching more fish on the Great Lakes custom patterns like Wonderbread and Sneeze. They just get noticed.

Bro’s also a big fan of trolling the Northland Rumble Bug. “The smaller profile has an aggressive wobble that calls in big fish to destroy it. You wouldn’t think that looking at how small the bait is, but it’s a big fish magnet.”

Confused as to how much flat-line or leadcore to let out? Bro suggests anglers download the Troller’s Bible app on their phone, which contains dive curves for various line lengths and depths, including data for the Northland Rumble Shiner and Rumble Bug.

Or you can simply cast the Rumble Shiner or Rumble Shad out, let out a bunch of line, wait for it to hit bottom, and then reel in a little bit of line. It’s that simple. “Until you internalize the line lengths for letting out cranks on the troll—after a while it becomes very intuitive and almost second nature—using a line counter reel is a good idea. 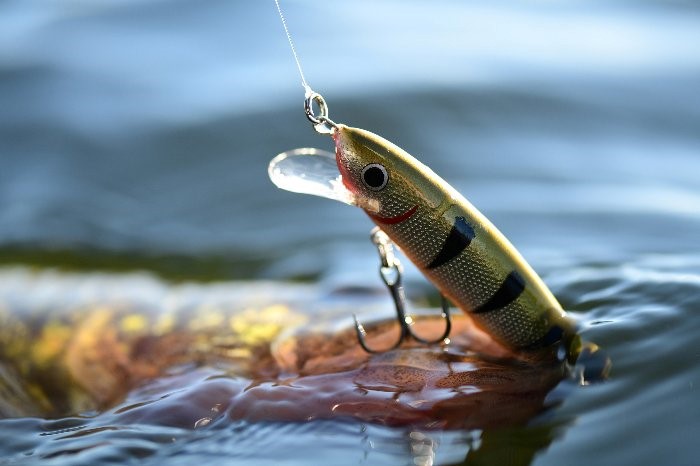 Trolling cranks simply catches fish. You can cover a lot of water, locate walleyes, and put more fish in the livewell, including some big fish for photos and release. Even when the bite gets tough during the dog days, Northland comes to the rescue with Rumble series crankbaits in a variety of dive curves and sizes to match every conceivable depth and forage type. They also offer loads of colors, from match-the-match patterns to Great Lakes-inspired custom paint hues like Wonderbread and Sneeze. Do yourself a favor and get on the troll!