Big Stone Lake, on the South Dakota/Minnesota border, gets its name from the abundance of stone, rock, and boulders along the bottom of its 27-mile length. A mile in width and covering 12,600 acres, the lake is only 16 feet at its deepest point. It is a haven for walleyes and a must-fish destination for serious walleye anglers.

Big Stone holds an abundance of 20-inch-plus walleyes, according to Minnesota’s Department of Natural Resources, and it’s not uncommon to see fish in the high 20s says Northland pro-staffer Brian “Bro” Brosdahl.

Much of the year-round walleye-fishing activity takes place along Big Stone’s extensive shorelines, but points and mid-lake rockpiles come into play at times, too. 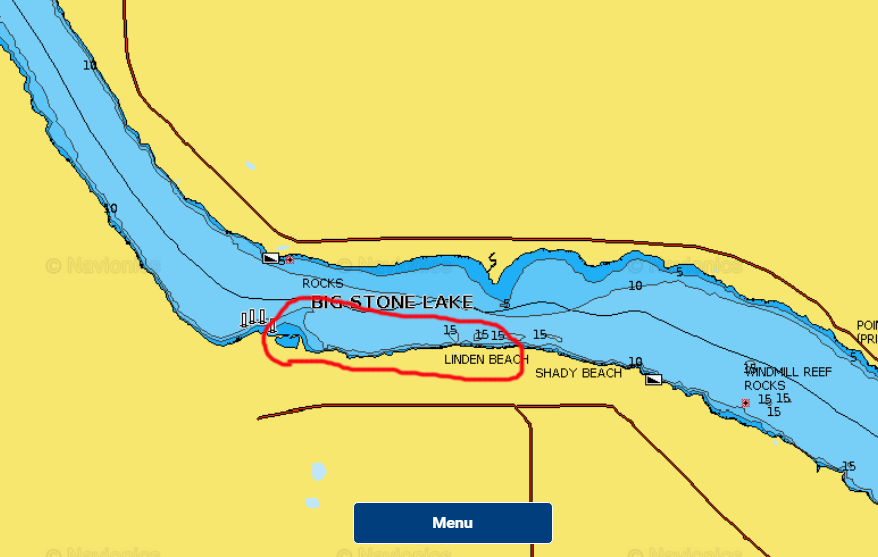 1. In mid-May, Brosdahl recommends fishing the area near Hartford Beach Park roughly halfway up lake from Big Stone Dam on the South Dakota side. If you want to try your hand at walleye fishing, you’ll want to fish the the numerous rock piles along the shoreline, on the sweeping sand point, as well as in an extensive weedbed to the north. When it comes to selecting fishing tackle, try trolling a Baitfish Spinner Harness behind a ½-ounce Rock-Runner Bottom Bouncer over the rocks and along weed edges at 1 to 1.2 mph. Each angler is allowed to fish two rods, so Brosdahl suggests pitching jigs to shoreline cover during the trolling pass. He recommends fishing a ¼-ounce UV Mimic Minnow® Shad with a straight retrieve. Another weed option is an RZ Jig tipped with a shiner or fathead minnow. “With the jig-and-minnow, pause the retrieve intermittently and let the jig fall to the bottom. Pull it to start the retrieve again, then pause it again,” he says. “Don’t drag the jig on the bottom, or you’ll almost certainly hang up.” 2. In June, rockpiles in the lower third of the lake light up, according to Brosdahl, and an RZ Jig tipped with a fathead minnow is a surefire combo for these fish. Moonlight and Shrimp are his go-to colors. “Another way to go,” he says, “is a jig and leech under a float, especially on very shallow rock piles.” Brosdahl’s rig consists of a 1/8-ounce Fire-Ball® Jig under a 1-inch oval Lite-Bite® Slip Bobber. Generally, rockpiles are well-marked and easy to find.

3. A wind-blown shoreline anywhere on the lake is also a summertime hotspot. Fish it anywhere you see it with a Mimic Minnow® Shad or similar soft plastic. “And anytime you see carp swirling,” says the angler, “cast in and around them because walleyes will be in there with them.” 4. Through summer and into the fall, as weeds begin to die off, Brosdahl says there will be times to elevate the game a bit and go with a more active bait. “Go with an Impulse® Paddle Minnow on an RZ Jighead or Slurp!® Jig,” he says. “Their active, thumping tails make them outstanding baits for aggressive fish.”